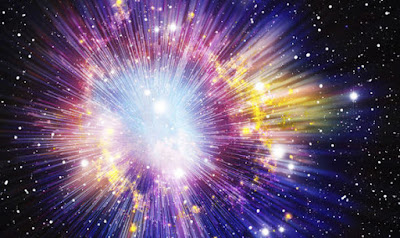 While it may seem as if the universe will go on forever it more than likely has an expiration date. Luckily you won’t have to worry about it and neither will your grandkids.  Estimates on when the end of all things will actually occur range from 100 trillion to just 2.8 billion years away.

In either case, it’s an unbelievably long time but when we consider that the universe is about 14 billion years old right now. We can see that if the closest estimates prove true it may currently be towards the tail end of its lifespan but when everything does grind to halt.

We don’t really know for sure but there are plenty of theories and the five most prominent ideas in ascending order of likelihood are cosmic uncertainty, The False Vacuum collapse, The Big crunch, The big Rip and The big freeze.

First of the supposedly least likely theory: cosmic uncertainty. Cosmic uncertainty hinges on our current understanding of the properties of dark energy. The mysterious and unseen form of energy responsible for the current expansion and acceleration of space. While scientists agree that the dark energy is making space bigger. There are little to no theories on its nature, composition or practical workings. Because it’s so mysterious experts are unsure how or if it will play a role in the continued existence of the universe. Especially as it’s believed that today’s dark energy is different from what was around at the early stages of creation.

So, the cosmic uncertainty theory proposes that because we don’t know the true nature of dark energy. We don’t know how it will react in the future. Maybe it will dramatically change its nature once again inflicting untold catastrophes on the known universe. However, as the dark energy doesn’t seem to show signs of change based on the little that we know about it this seems unlikely and regardless. There is no way predicting the damage that it could suddenly decide to deliver.

The second and slightly more accepted theory is The False Vacuum collapse theory also known as vacuum decay. this one certainly brings an efficient and if nothing else,  It rests on something called the Higgs field which stretches through space determining if we are in a true or false Vacuum.

Should these vacuums even infiltrate each other by the same sort of seemingly random high energy even high one stray particle could cause a small bubble of true vacuum within a false one. Which would expand at the speed of light to engulf and kill the entire Universe.

What’s a little frightening is that this theory shows some promise as the Higgs boson particle seems to indicate that We’re currently living in a false vacuum universe. So technically it could all end at literally any second but it is very unlikely. Various other studies appear to simply disprove the theory and even if it could happen. The lifecycle for a false vacuum universe is far longer than the 14 billion years ours has so far afforded us. So, the potentially unimaginable disaster isn’t due for a long long time.

Theory number three: The Big  Crunch sounds like a breakfast cereal. But it’s quite a bit more complex. often explained as a reverse BigBang. It too builds on how dark energy has expanded the universe. However, advocates for this theory believe that the growth will one day slow and stop and when this happens gravity beats dark energy to become the dominant force in the universe and everything begins to collapse on itself. Retracting into the mother of all meeting points the singularity along the way that’d be huge Collisions of stars planets and all forms of matter as they merge into black holes. Which merge into themselves until everything has returned to a single immeasurably dense point as in before the BigBang. As if that was not immeasurably all cool enough already. Big bounce theorist has suggested that we should then see a new BigBang wherein all the forms of matter collapsed into the singularity or burped back out ready to begin a new cycle of creation.

All of that said however as it is not believed that the relationship between the dark energy and gravity will ever change. The big crunch and bounce hypothesis are still shrouded in server scepticism. It’s just not that likely on the other hand the accelerating expansion could result in another form of universe extension.

Fourth Theory: The Big Rip. As it’s title suggests this idea is the polar opposite of the Big crunch arguing the dark energy will ultimately rip apart the fabric of facetime itself. According to the theory, the dark energy will eventually cause everything to expand at such a dangerous rate that galaxies, stars, planets, Black Holes, atoms, subatomic particles and another comprehensible thing would be completely torn apart.

Think of it like breaking off a piece of sticky toffee or chewy candy. Your hands are dark energy and the candy is spacetime. Eventually, the force of your hands will overcome the gravity keeping the candy together So, it splits apart. Dark energy is strong stuff and may, in fact, be strong enough to first splinter and then disintegrate all we’ve ever known.

While this makes a sound like a solid if scary possibility the limitless expansion of the universe will most likely result in another more realistic outcome: Fifth The Big Freeze. According to this final theory, the universe will one day grow so large and all matter will be spread so thin. The temperature will reach absolute zero and the universe as we know it would cease to function. While the stars wouldn’t disappear especially quickly. So, the 100 trillion year mark from earlier could theoretically be reached. The supply of gas necessary for star formation would be spread too far apart to properly coalesce into anything.

Eventually, even the existing stars would run out of energy. Resulting in their destruction too. So, with old stars stripped of energy and new stars failing to form. The universe will grow steadily darker and colder with even the black holes eventually disappearing and space transforming into a dark freezing empty and energy less void and without energy, nothing can exist.

> There is a general belief that this is the most likely outcome for our universe. But it still just a theory and we still don’t know how when or why the universe will conclude. It could be the dark energy deviates and destroys all before it perhaps will all eventually be incinerated by a massive bubble of a true vacuum.

The universe cloud one day shrink back into itself and while it is added even reproduce another cosmos creation that lives for billions of years more. Failing that spacetime itself may be stretched to the point of tearing and total ruin or the universe’s energy could supply could simply run out triggering endless darkness but, apart from all of the above the future is bright and the universe isn’t going anywhere today, tomorrow or for a few million years yet.