The moon has a more violent history than you’d think, just looking at it. The leading theory about our planet’s only natural satellite is that it was the offspring of the most gnarly collision imaginable, between tiny baby Earth and a roughly Mars-sized rock we call Theia.

The moon, the theory suggests, formed from the magma and rubble ejected into the atmosphere around Earth after this impact. Of course, this all would have gone down around 4.5 billion years ago, and since its violent formation, the moon would have been baked by the heat of early Earth and relentlessly pelted by asteroids. This is all to say, the serene, white orb in the night sky belies how much action she’s really seen.

But now, thanks to the new Unified Geologic Map of the Moon, a collaboration between the USGS Astrogeology Science Center, NASA and the Lunar Planetary Institute, the moon can be seen for the war hero she actually is.

The new digital map is the most detailed geological map of the moon ever created, compiled of data collected starting with the Apollo missions over 50 years ago. It was created using six Apollo-era moon maps combined with some more recent satellite data, creating a kaleidoscopic matrix of geologic formations from different eras of the moon’s history, detailing the types and ages of rock that can be found on the surface of the moon, and how they’re layered together. And it’s unbelievably detailed: For every 1 millimetre (0.4 inches) presented on the map, the geology of 5 kilometres (3.1 miles) can be traversed by astronauts on future moon missions.

“This map is a culmination of a decades-long project,” said Corey Fortezzo, USGS geologist and lead author, in a press release. “It provides vital information for new scientific studies by connecting the exploration of specific sites on the moon with the rest of the lunar surface.”

Its creators want the new moon map to benefit everybody, from students to aspiring astronauts. You can download the map here. 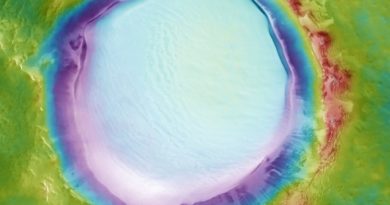 COULD NEWLY DISCOVERED SALTWATER PUDDLES OF MARS HAVE SUPPORTED LIFE? 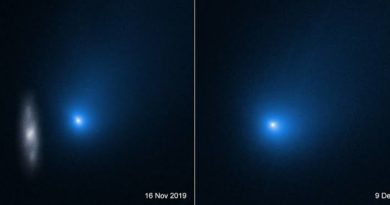